During a recent pentest I came across a pi-hole instance, which was vulnerable to an authenticated remote code execution exploit.

I didn’t have any credentials at the moment to proceed further and escalate my privileges.

I started digging around the system since I already had local access.

/etc/pihole/setupVars.conf was interesting since it contained the web password hash.

I tried identifying the hash with hash-identifier. 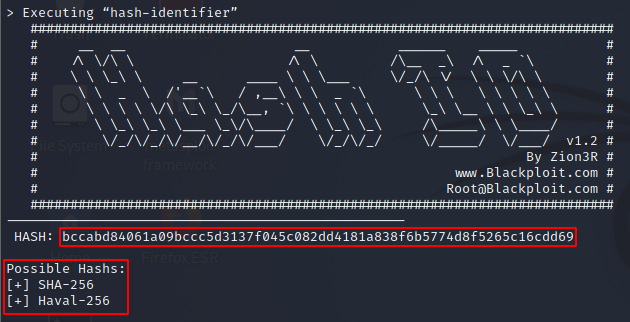 I tried cracking the hash using hashcat with different sha256 hash modes as listed on https://hashcat.net/wiki/doku.php?id=hashcat but nothing worked.

After a little bit of googling I came across this issue on github: https://github.com/pi-hole/pi-hole/issues/2521 (Insecure password hashing: salt needed).

After reading the comments, I finally understood that passwords are simply hashed twice.

After a bit more of googling, I stumbled upon a tool called mdxfind.

Well this is what I need, I downloaded the standalone binary (mdxfind.static)

I found this blog, that explained the usage of MDXfind, we know that the hash is not salted from github issue’s comments.

This looks like what we need, but we need to do some slight modifications as below: